Commercial Complex "Passage" - a five-storey ultra-modern shopping center with underground parking, restaurants and leisure facilities, a romantic French carousel at the square in front of the video screen and two located on the front, one of which, the largest in Ukraine - 110 m2

The structure of the facade is almost windowless and consists of niches around the perimeter of all the building on all the three floors. Each niche, in fact, is a “pixel” in a pattern, but the pattern itself has low resolution while the pixels are big. That created a certain difficulty in creating content. As a result, the illumination of the shopping center “Passage” can be considered a pixel art of low resolution.

A special task was to make it so that niches, which are over three meters high, were lit up evenly for all the hight. We developed special inclined screens, which were placed inside the niches and allowed for illuminating niches all the hight with only one light source at the bottom of the niche. Within the framework of the lighting project, were created the custom nodes integrated into the construction of the facade, special optics, and diverse content.

The building is located on the central square of the city where concerts and holidays are held. For them, it is possible to switch on the sound-reactive mode at which the building becomes a giant equalizer that accompanies the event with light and sound.

For the unplanned occasions, we programmed unique patterns of the facade. That way, for example, the Aspergers Day was supported, illuminating all the building with blue, and also tragic events in Paris in 2015, the Revolution of Dignity in Ukraine in 2013, illuminating the facade in colors of national flags.

The shopping center “Passage” is an object on the central square of the city, which displays the mood and state by its multimedia illumination and accompanies events in Ukraine and the world. 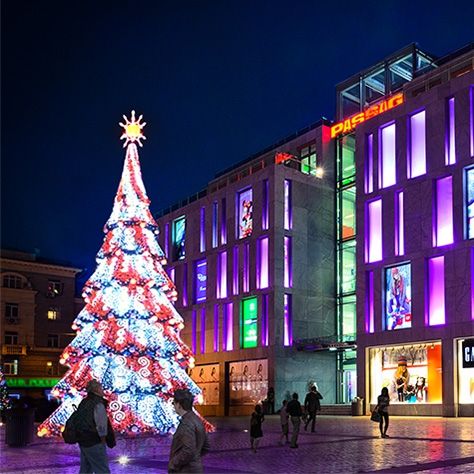 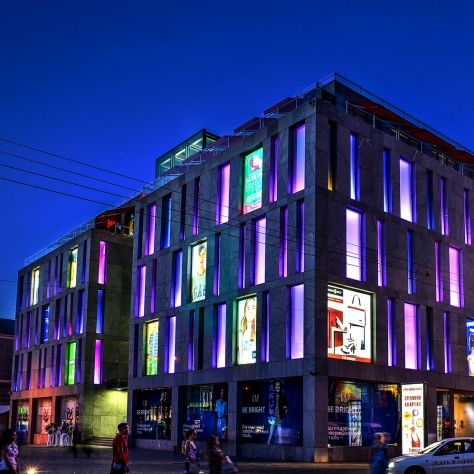 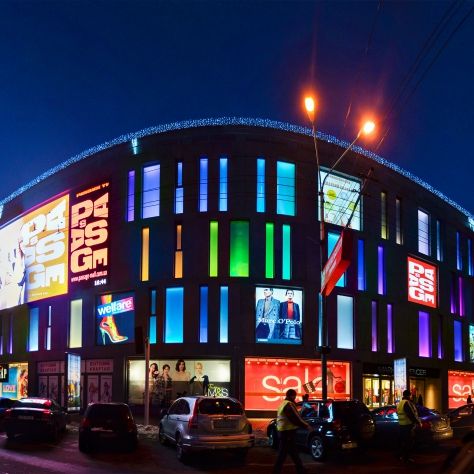 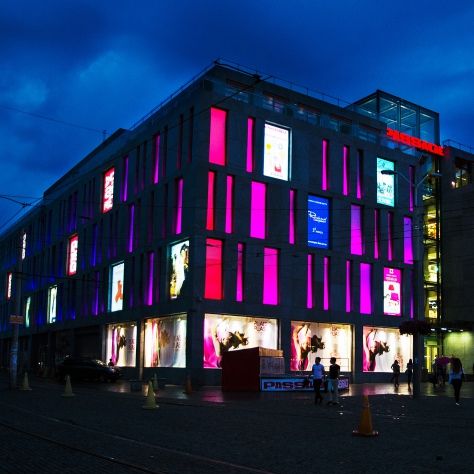 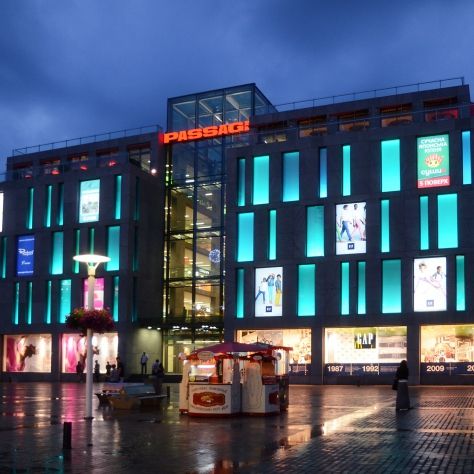 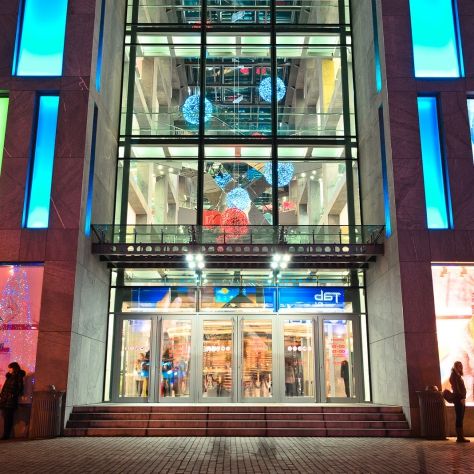 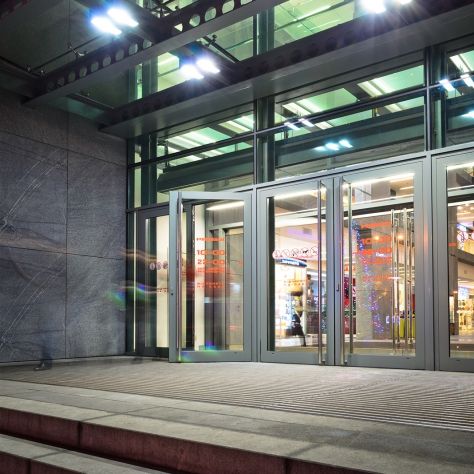 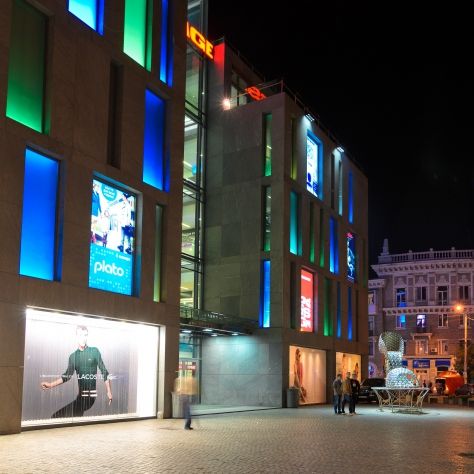 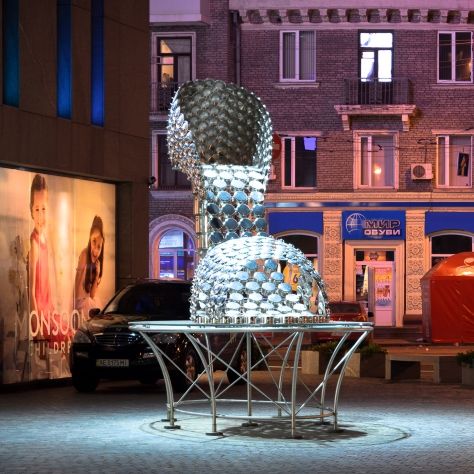 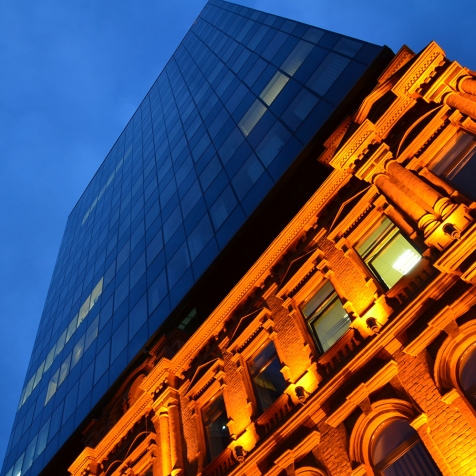 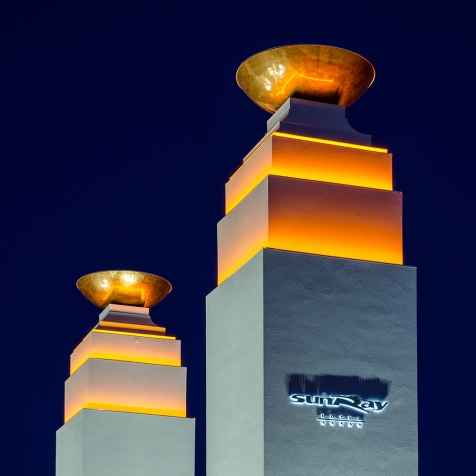 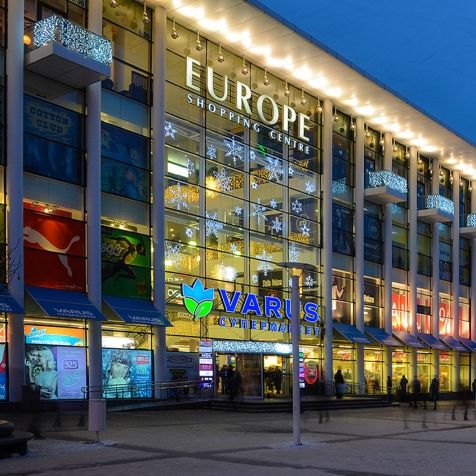 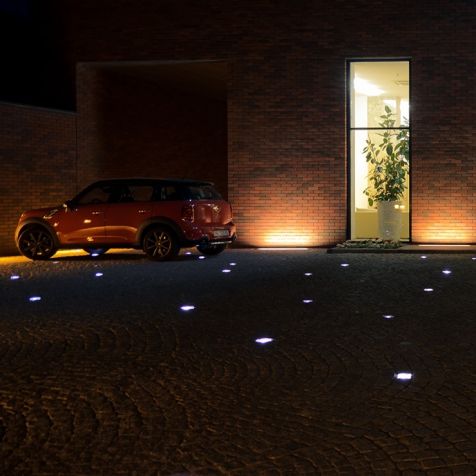