Lighting of Freedom Square in Mariupol

This is the first square in Ukraine that exists simultaneously in real and virtual spaces, embodying the modern symbols of the city and reflecting its strategic directions.

We have developed a fundamental concept and idea of ​​the project, a scenario for a laser show and daily seasonal modes, graphics for it and musical accompaniment. We created dynamic lighting programs for elements on the square - stands, flagpole, trees. We have developed a design, constructive and implemented decorative lighting poles in the form of birds.

The renewed image of Mariupol is changing from an industrial center to a city by the sea. Therefore, we covered the entire area with beautiful caustic waves.

A laser show, within the framework of which projections of 25 colors appear throughout the square, as symbols of 25 regions of Ukraine, in motion they are transformed into the contours of the regions and then unite into a single Ukraine.

Decorative supports in the form of birds were installed along the perimeter, each of which symbolizes one region of Ukraine. Each bird is decorated with perforations according to the embroidery pattern corresponding to each region.

From these supports, laser projections and decorative light are displayed, on each of which we have applied a QR code leading to a site created by our web developers with beautiful content about the regions of Ukraine.

Outside the show, the area is lit differently at every season. Also, within the framework of each light scenario, thematic laser projections are projected. For the holidays, scenarios and projections are individual.

Each guest can interact with the area and launch their own laser dolphin using a special application. 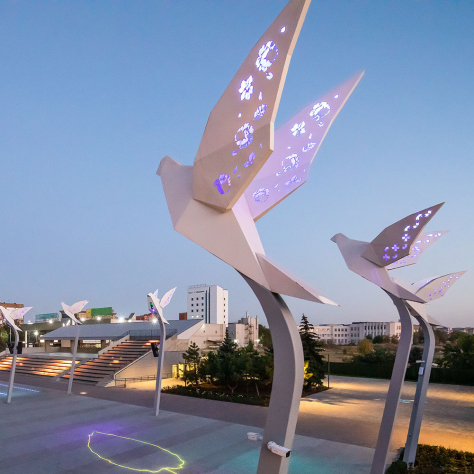 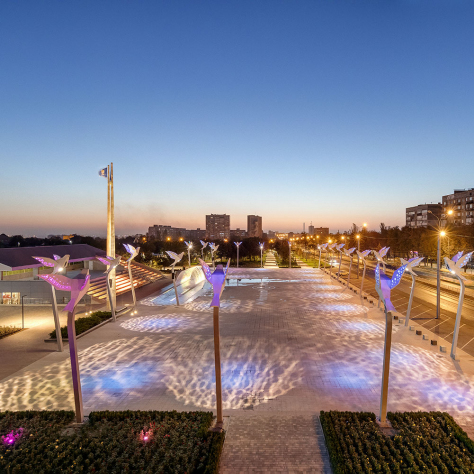 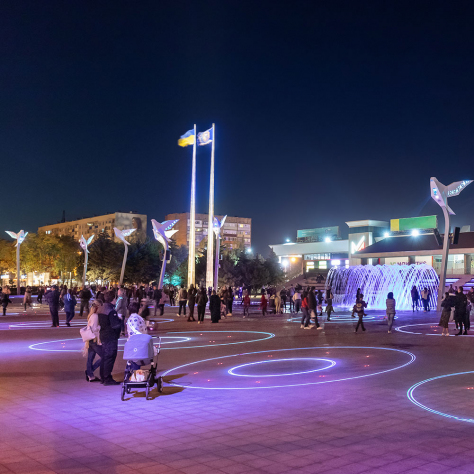 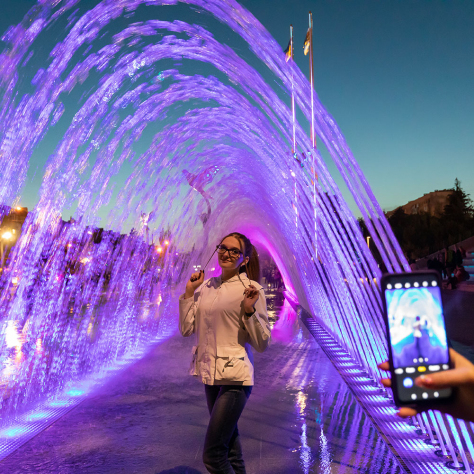 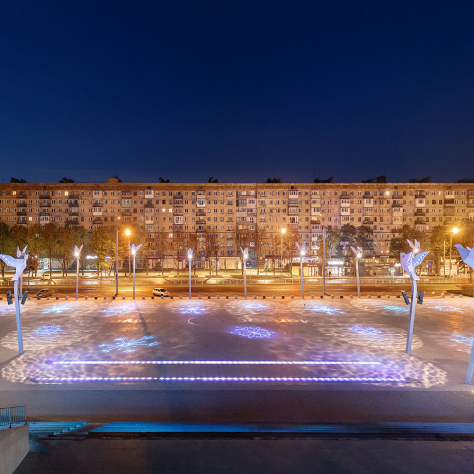 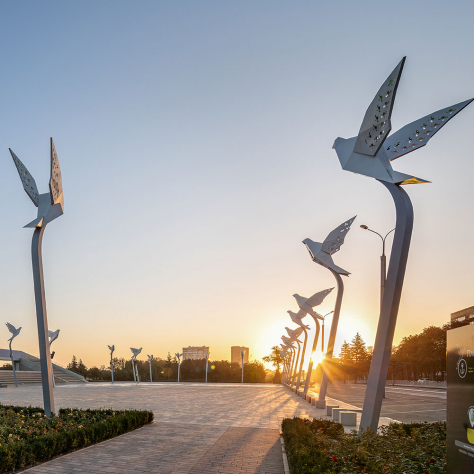 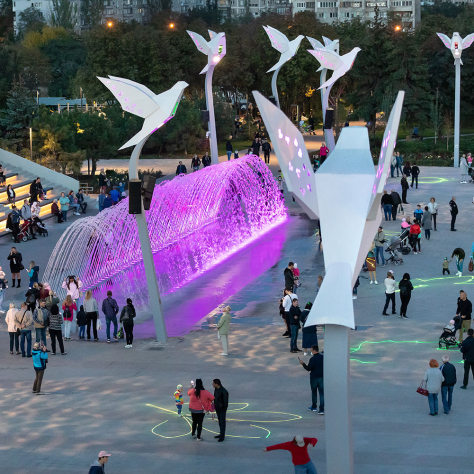 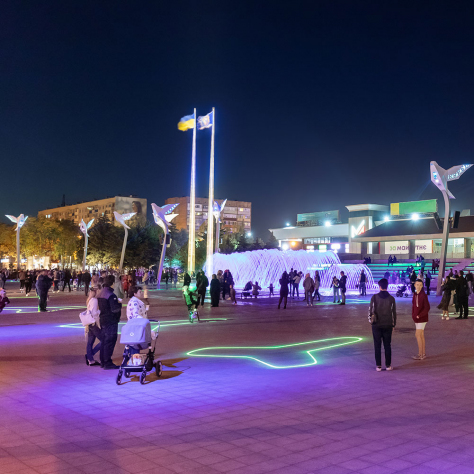 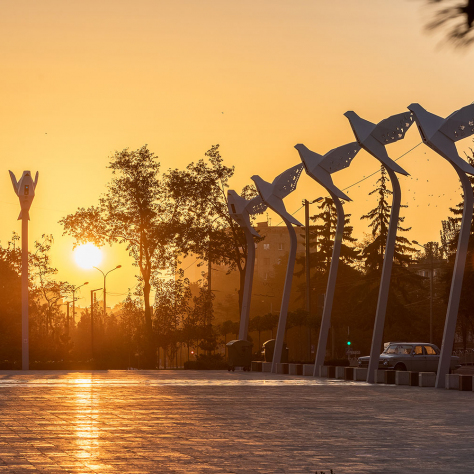 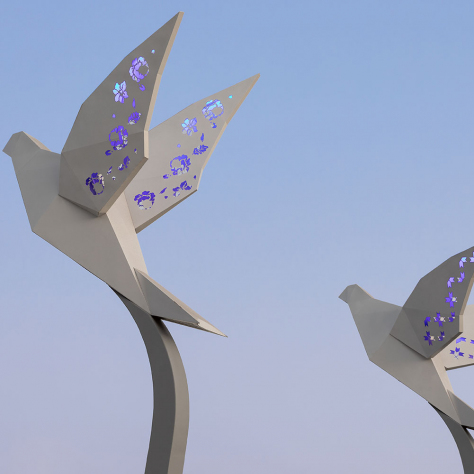 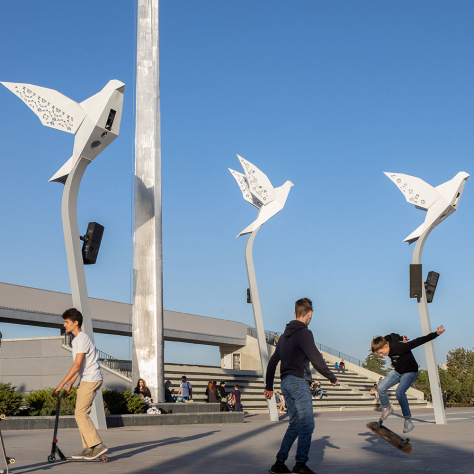 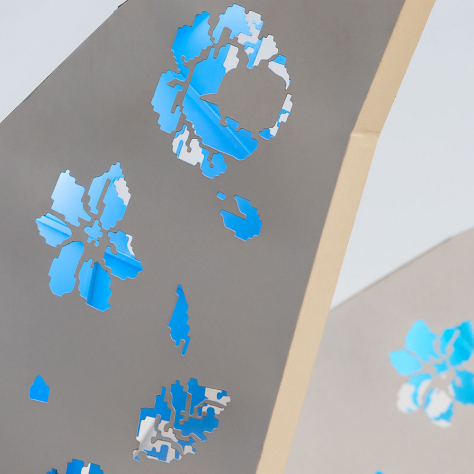 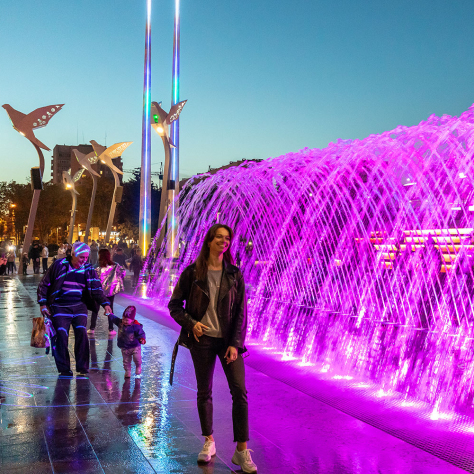 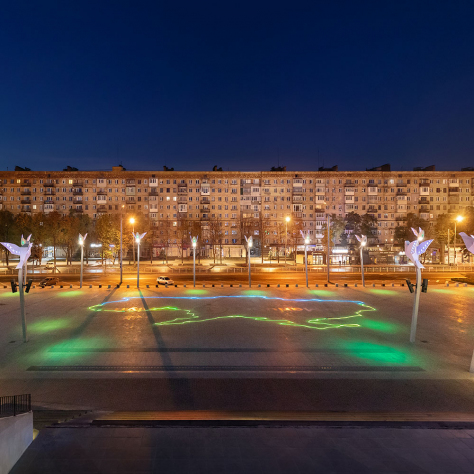 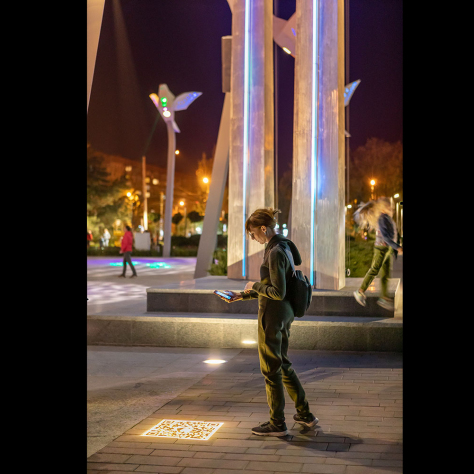 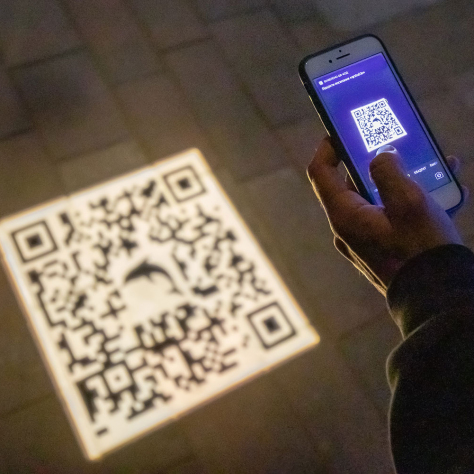 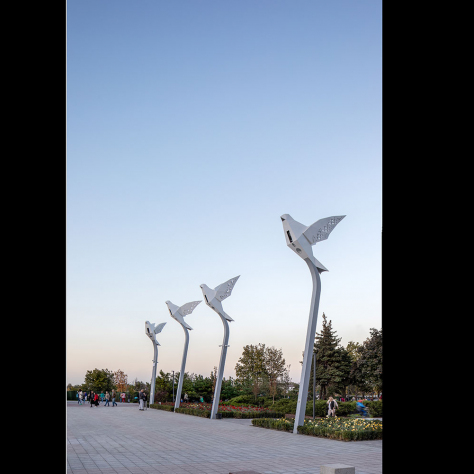 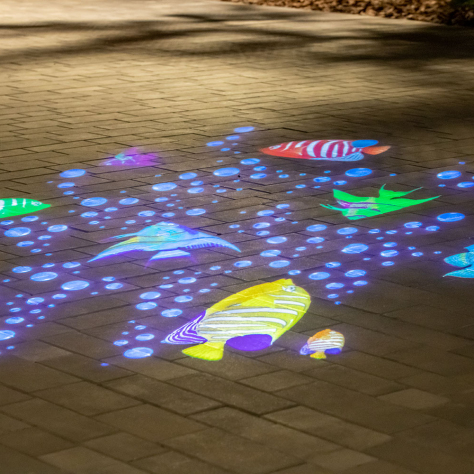 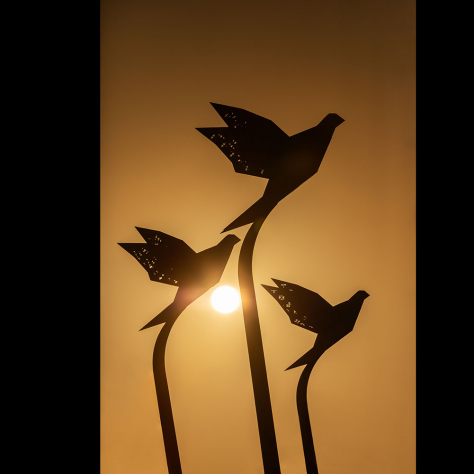 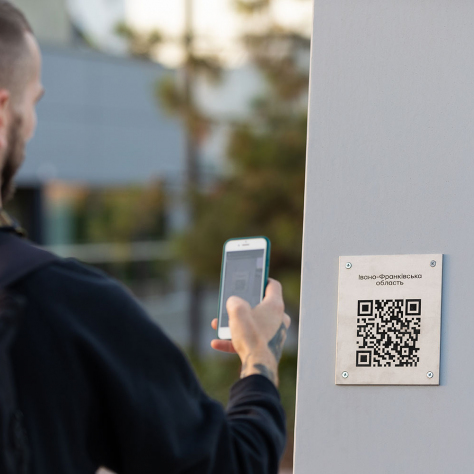 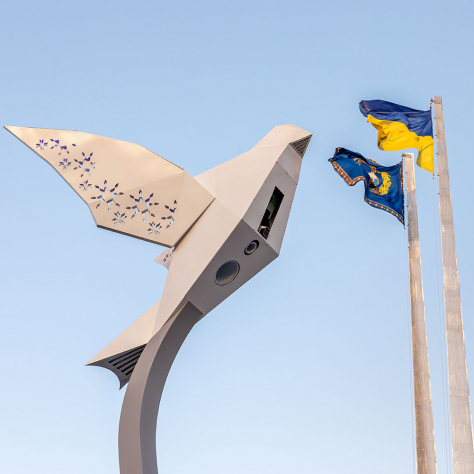 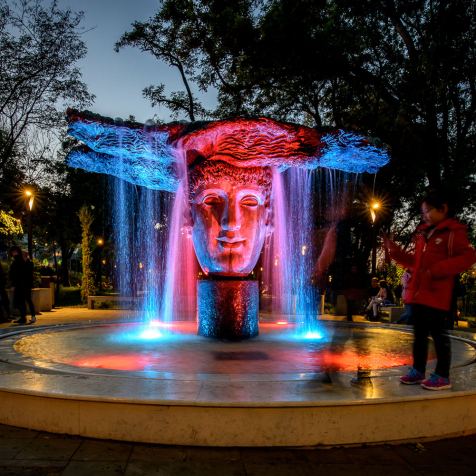 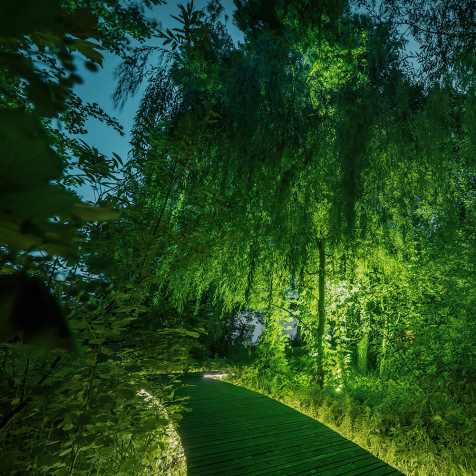 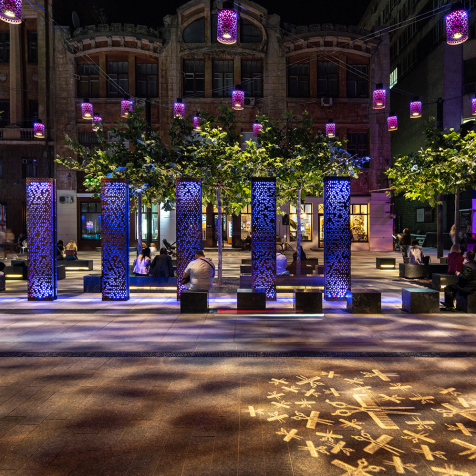 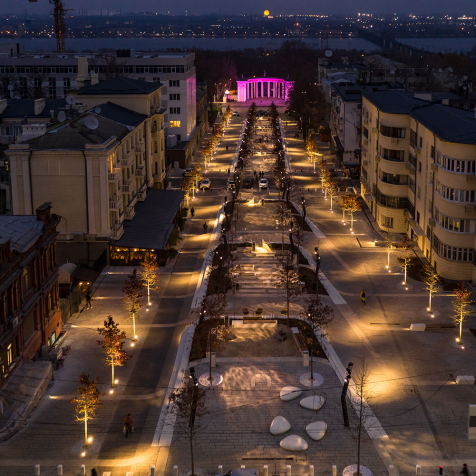