In the lobby of the corporate university DTEK Academy, you can find an interactive media sculpture "The Tree of Knowledge," a symbol of living and growing knowledge.

Supported by light and projection effects, it reflects the essence of Mind Energy, which is the Academy's core concept.
The amorphous spatial structure displays particles, cells, neural connections that are all the components from which an integral and united information field is formed.

Dynamic 3d-mapping is projected onto the sculpture. It continues in media color pulses on specially designed linear luminaires on the ceiling. Controllable RGB spotlights inside amplify the volume and spatiality of the sculpture.

A special mode of the sculpture is interactivity. Its content can change from interaction with people who approach it, just like it happens in the general information field where each participant makes his or her contribution and also receives something from common resources in response. And all that is accompanied by the soundtrack, also interactive.

All the multiple developed elements are united by a single control system on one server. 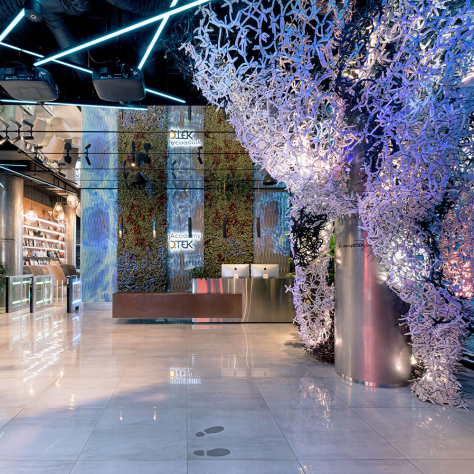 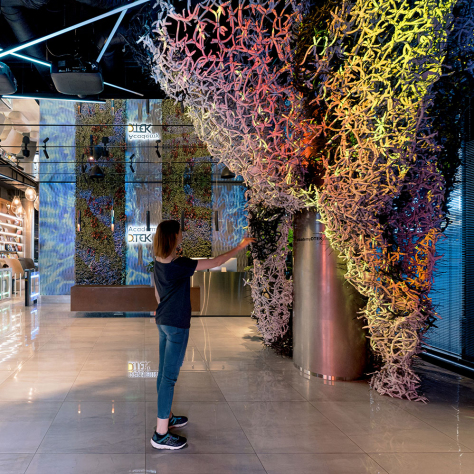 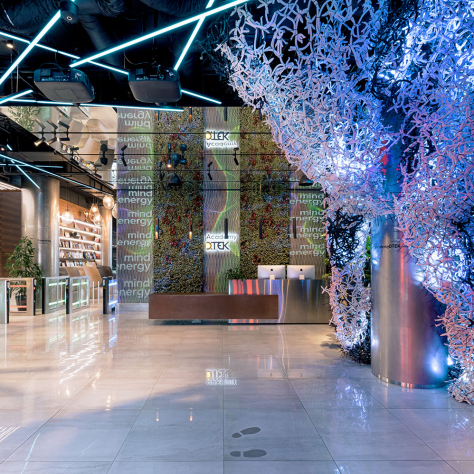 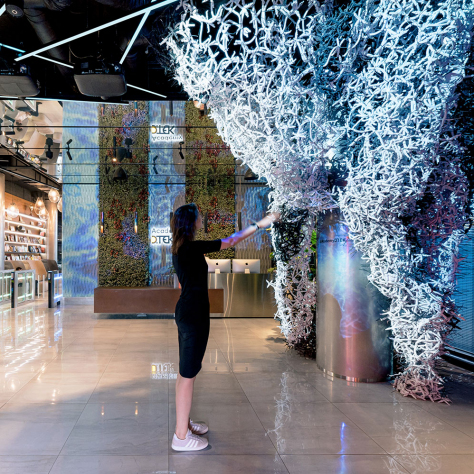 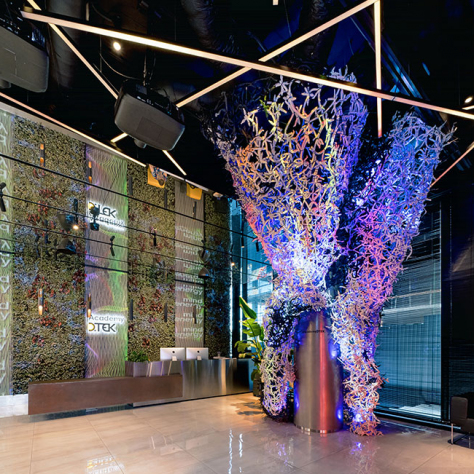 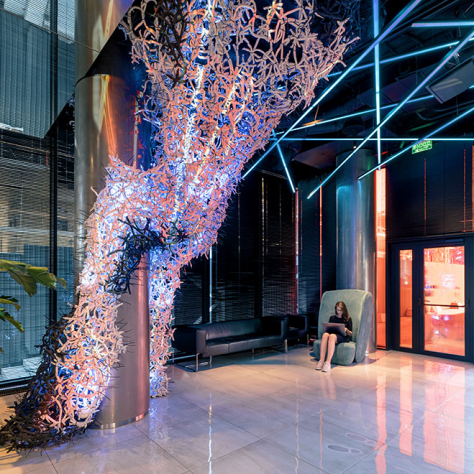 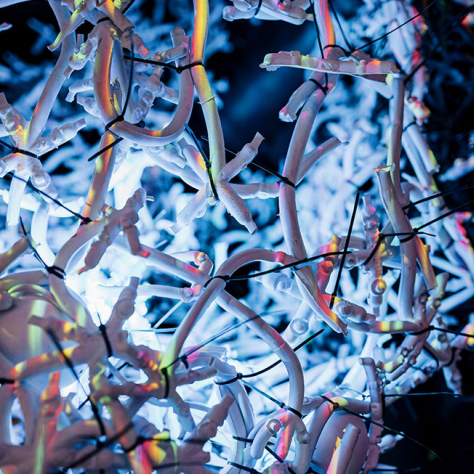 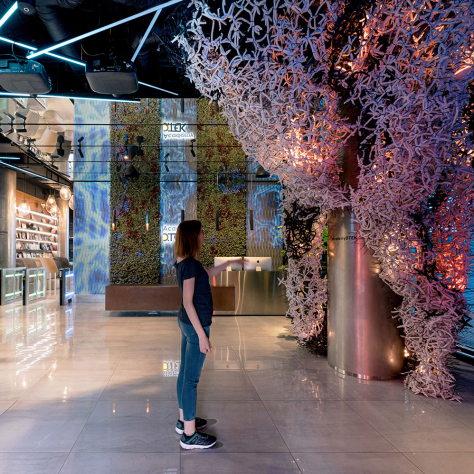 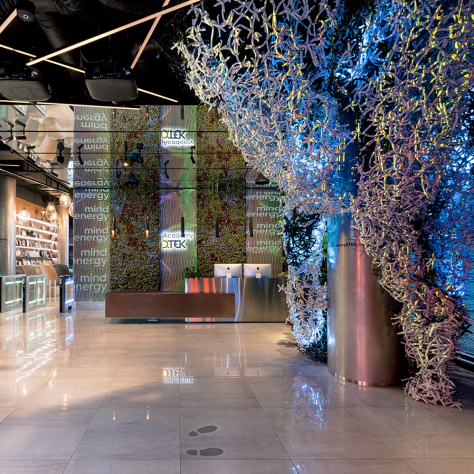 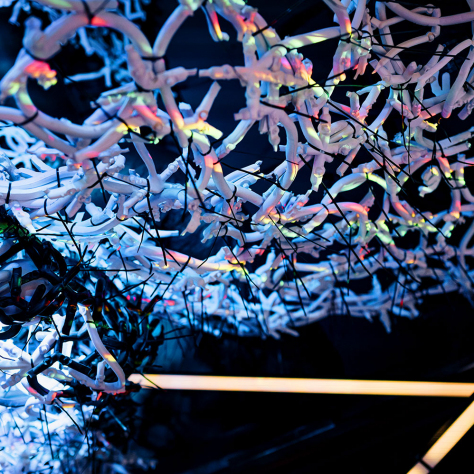 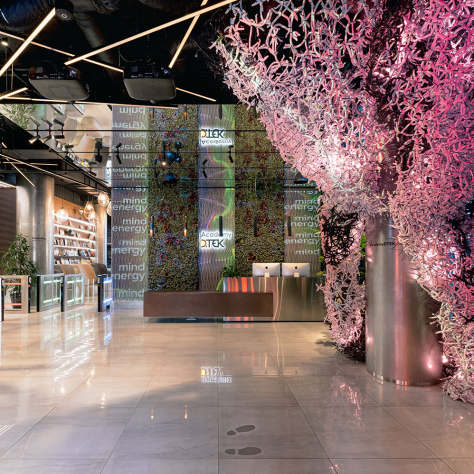 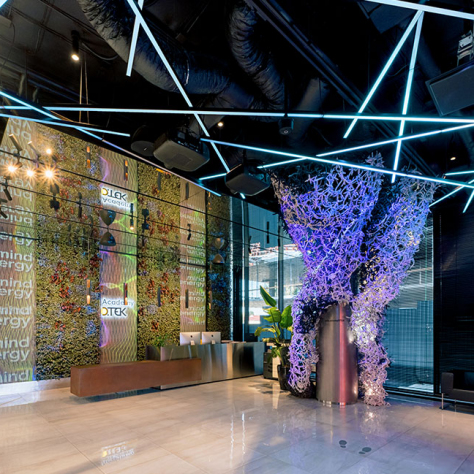 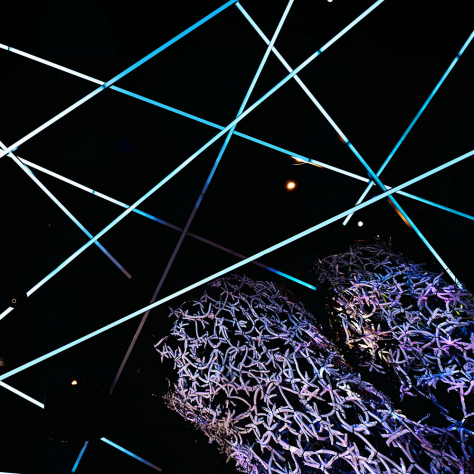 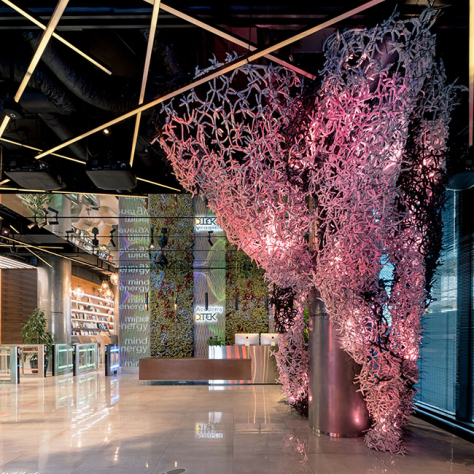 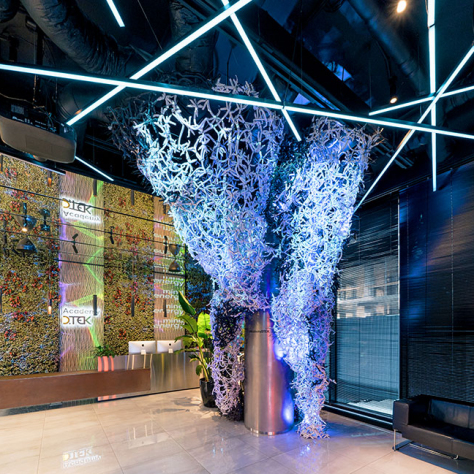