The functional purpose of the lobby in residential complexes is expanding: here residents communicate, get acquainted with their neighbors, spend time in bars and lounge areas. Considering that, we developed a project for lighting the public space in which a different atmosphere is created by light according to the solar spectrum at different times of the day: light scenes, accents, brightness, and glow spectrum change.

In the lighting of the lobby of the Tetris Hall Residential Complex, we used a dynamic change in the lighting scenes during the day. Lighting is biodynamic. At every part of the day, it operates according to the script that supports the circadian rhythms of a person: in the morning, the light is bright and awakening; in the afternoon it's neutral and even; in the evening it's muffled, calming, tuning people for bedtime. The pattern of light spots on the floor also changes in each of the scenarios from soft and barely noticeable to contrasting and highlighting.

The decorative lightbox at the reception also changes the shades and intensity of the glow according to the daytime, getting cooler in the morning, neutral in the afternoon, and warm, amber in the evening.

Trees in the lobby are also actively involved in lighting. Light sources are positioned so that they could give beautiful delicate shadows from plants foliage to the floor and ceiling.

Different types of optics and the control system generate shadows as an additional decorative element that enhances the plants' integration in the interior. The presence and intensity of shadows differ in each of the light scenarios.

The park surrounding the building flows into the open space part of the lobby, which is almost inseparable from the park due to the huge transparent stained-glass windows, and the same biodynamic lighting scheme works in it as well. 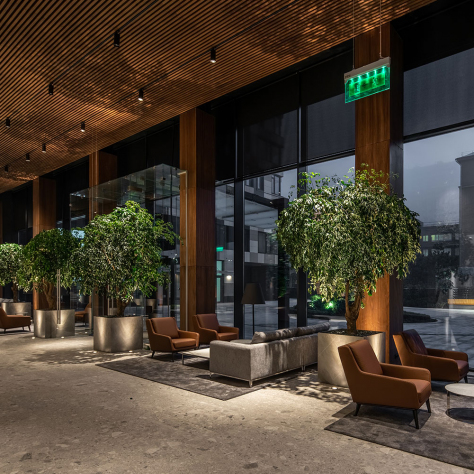 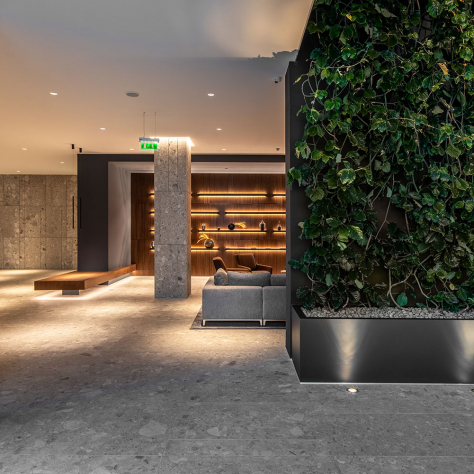 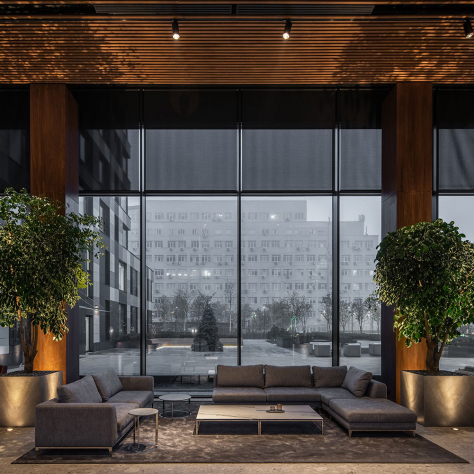 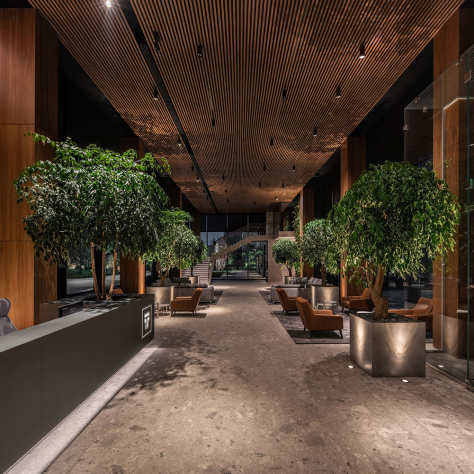 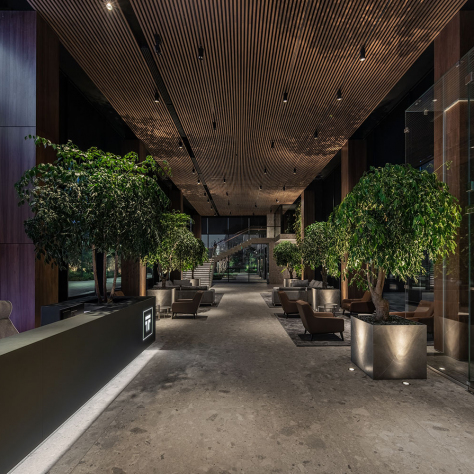 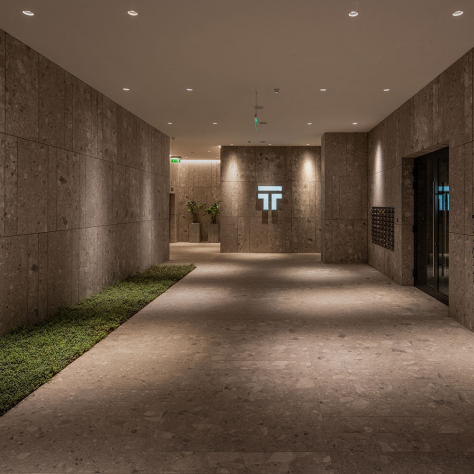 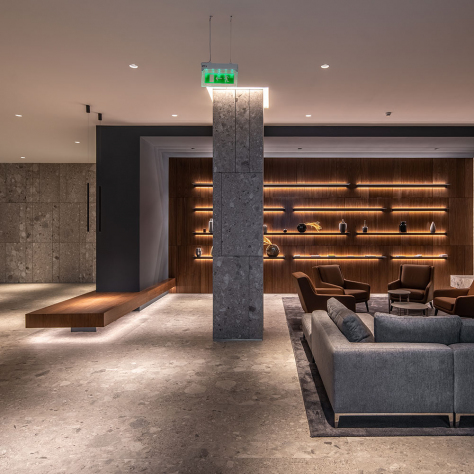 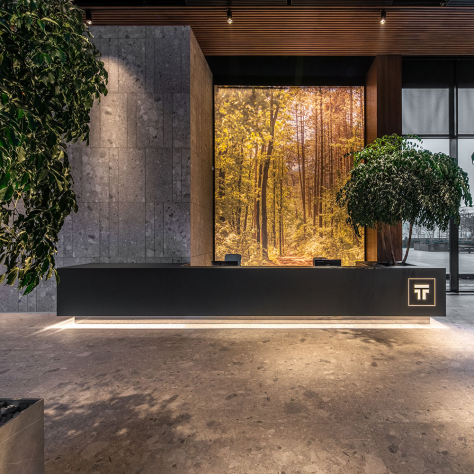 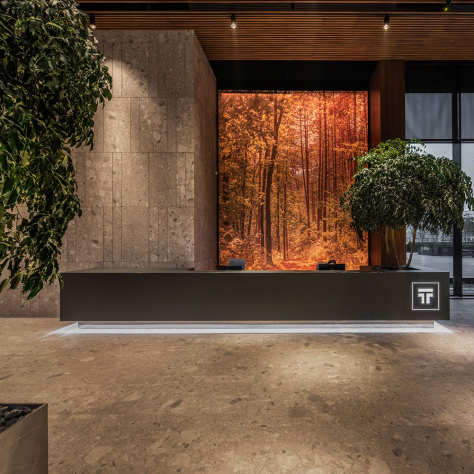 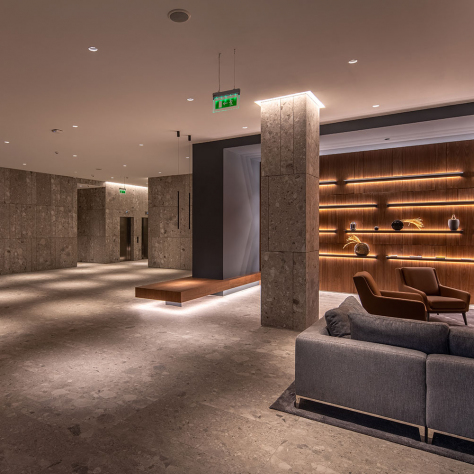 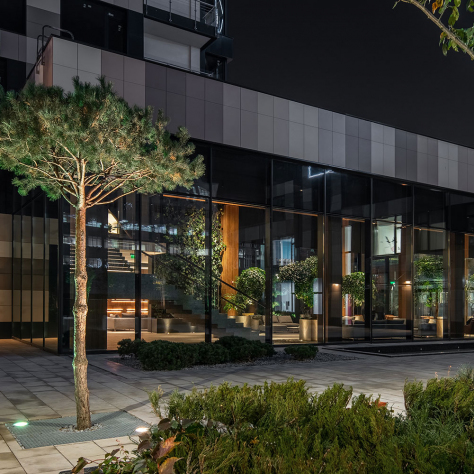 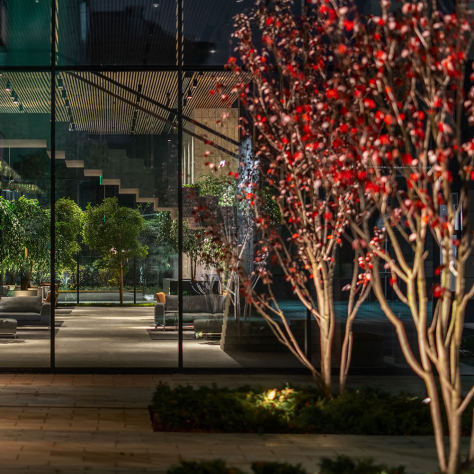 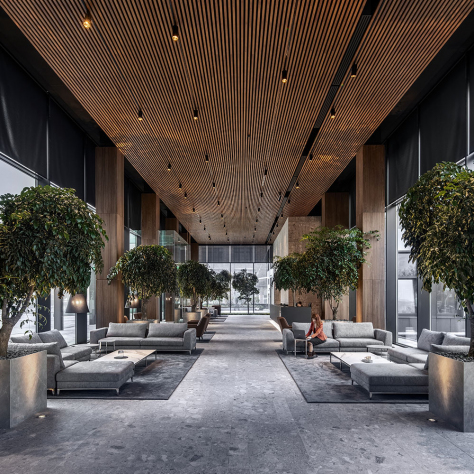 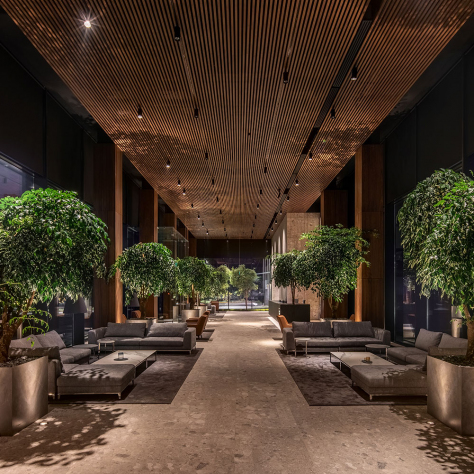 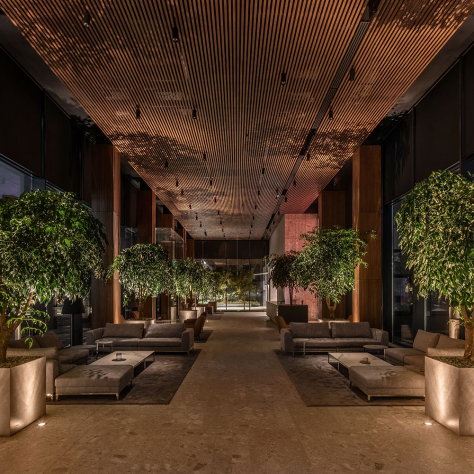 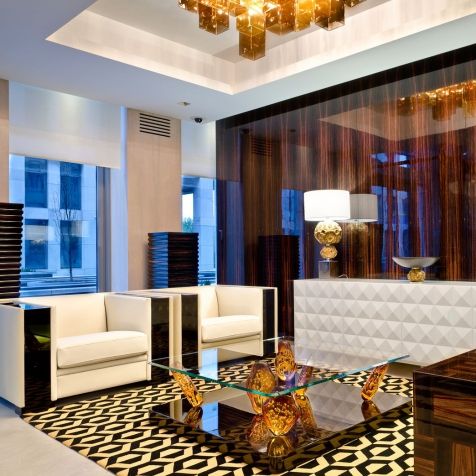 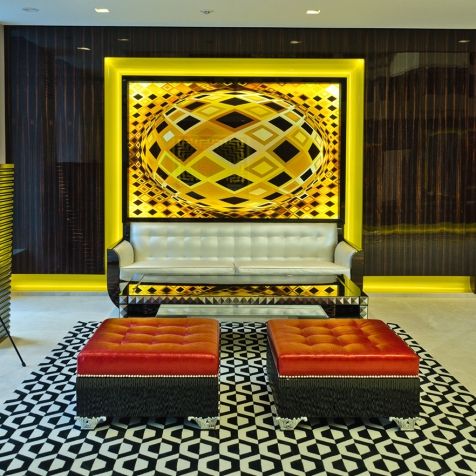 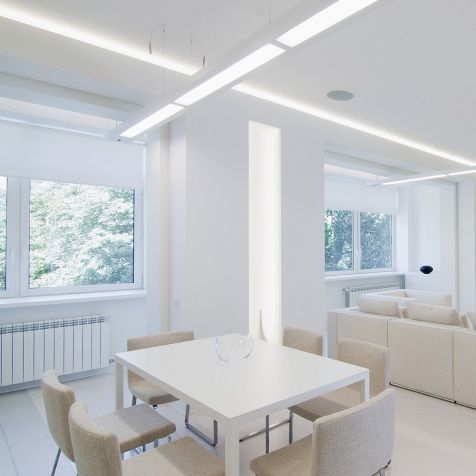 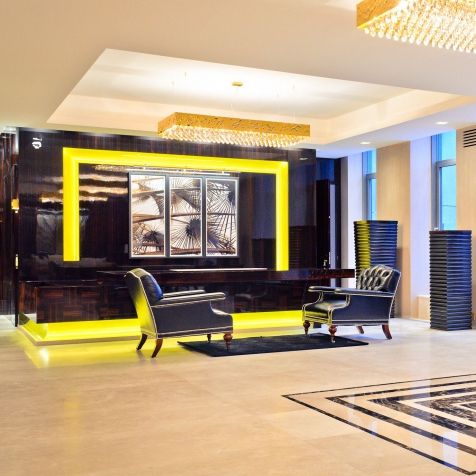